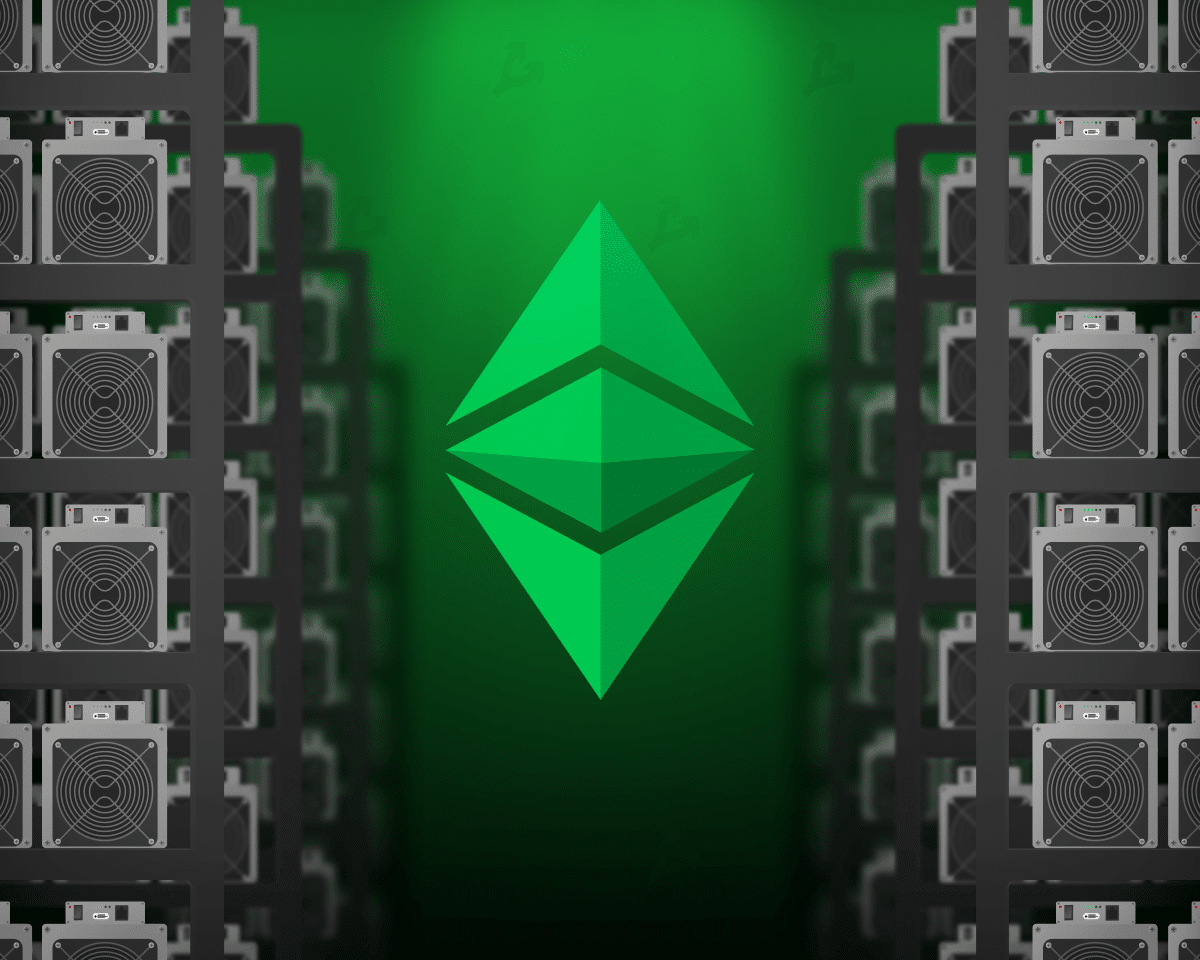 The once popular, and in recent years, half-forgotten Ethereum Classic (ETC) cryptocurrency has recently shown impressive growth. Last 30 days the value of the asset increased by more than 100%.

The price perked up amid statements from Ethereum developers and the approaching date for migration to the Proof-of-Stake (PoS) consensus algorithm.

Many community members are wondering if miners will switch to Ethereum Classic after The Merge is activated. If so, how will this affect cryptocurrency quotes, because hashrate and complexity often correlate with price.

See also  Surrender phase: when the rise in the price of bitcoin resumes

Ethereum Classic appeared after the collapse of the infamous The DAO project in June 2016. This cryptocurrency is a spin-off of a controversial Ethereum hard fork designed to enable investors to recover their funds.

“We, as a community of sovereigns, have been united by a common vision to continue the original Ethereum blockchain that is truly free from censorship, fraud, or third party interference.” says in the Ethereum Classic Declaration of Independence.

Many then called the project “stillborn”, but this turned out to be far from the case. Cryptocurrency has been holding average market capitalization for a long time. Its current competitors in the ratings are Litecoin, Monero, TRON and other well-known projects.

After the hard fork, “uncompromising ether” was almost identical to the fork. However, over time, the differences between the projects became more pronounced.

In March 2017, the developers of Ethereum Classic implemented monetary policy, somewhat similar to bitcoin. It assumed a fixed supply of coins and a deflationary issuance schedule.

This was a significant difference from the second cryptocurrency in terms of capitalization. The latter was characterized by monetary flexibility, which created uncertainty.

The most important difference between the projects lies in the adherence of the “original air” to the Proof-of-Work algorithm. Ethereum developers, by contrast, since 2014 explore PoS capabilities.

Ethereum Classic has not become a strong contender for Ethereum. Working on it fewer developersand in the ecosystem not many apps.

See also  How to protect the privacy of correspondence: TOP 5 private messengers

The first place in the ranking is occupied by the HebeSwap platform. It is a fork of the leading Ethereum exchange Uniswap. The second and third places are also DEX – ETCSwap and Swap Cat.

The hashrate of the “original ether” is small. This is one of the main reasons why attackers managed to carry out a series of 51% attacks in 2020. The developers have increased the resilience of the network with the activation of the Thanos hard fork.

However, according to analyst Wolfie Zhao, hashprice Ethereum Classic has recently come close to Ethereum. In other words, against the backdrop of rising prices, the profitability of mining the “original ether” has become comparable to Ethereum.

The indicators of on-chain activity, which are important indicators of demand for cryptocurrencies and ecosystem applications, also differ significantly.

The difference in the number of active project addresses is also incomparable.

Assets differ significantly in other fundamental criteria, including trading volume and capitalization.

Ethereum Classic has significantly higher Sharpe ratio. This means that the potential return better compensates for the risk taken by investors.

During the last market cycle, Ethereum Classic fell deeper against the all-time high price (ATH) compared to Ethereum. But in the summer of 2022, the “original broadcast” was restored much more actively.

Journalist Colin Wu explains the continued rise in the price of Ethereum Classic by investor confidence in the ability of the “original ether” to get a significant hashrate and part of the users of the ecosystem of the second largest cryptocurrency by capitalization.

Wu also emphasized that Ethereum Classic is backed by giants like the Digital Currency Group (DCG). The Ethereum Classic Trust fund is the third largest in terms of assets of the DCG division – Grayscale Investments.

Commenting on AntPool’s investment in the Ethereum Classic ecosystem, Head of Digital Currency Group Barry Silbert wrote that he is sincerely happy with The Merge in Ethereum.

Wu stressed that the Ethereum Classic developer community is very dispersed. It does not have leaders like Vitalik Buterin and a “centralized force” capable of promoting the project.

“Currently, there are practically no mature projects on Ethereum to be deployed in the ETC ecosystem,” the journalist noted.

According to him, miners and manufacturers of equipment for mining cryptocurrencies are now actively promoting the switching of capacities to the “original ether”.

“According to rumors, about $5 billion worth of mining equipment will become idle after The Merge,” wrote Colin Wu.

The journalist also expressed concern that the migration of leading miners to Ethereum Classic could immediately create risks of 51% attacks. This is fraught with the emergence of many forks.

According to Wu, Ethereum Classic is now the best alternative to Ethereum in the context of attracting hashrate, users, capital, dapps and “motivated organizers like Sam Bankman-Fried.”

Other rather interesting processes are also taking place. For example, Chinese miner and supporter of Ethereum Classic Chandler Goh is recruiting a group of developers to support the Ethereum fork on the PoW algorithm after The Merge.

Slightly more than half of the participants in the Galois Capital Twitter survey are confident that the activation of The Merge will go smoothly.

However, a third of respondents believe that during the upgrade, a fork will still be created – ETH1 based on PoW, which Chandler Go stands for.

Almost 52% of respondents believe that the hashrate will be redirected to Ethereum Classic. 48.2% are confident that after The Merge, the aforementioned PoW-based ETH1 will become relevant without “difficulty bombs”.

Question 2: What do miners mine?

The representatives of Galois Capital themselves noted that ETH1 has a much better developed DeFi infrastructure compared to ETC and significantly higher on-chain activity.

Fundamentally, ETH1 has more infrastructure and contracts on chain than ETC which is a plus but will also undergo pandemonium in DeFi when it forks which is a negative.

On the platform Reddit there were also heated discussions. Many in the community are skeptical about a potential fork. In their opinion:

Galois Capital analysts are also convinced that exchanges will give preference to ETH2-based instruments.

Question 4: How do exchanges handle perps and feet?

The transition of Ethereum to PoS is already close. As the activation of The Merge approaches, heated debate flares up.

Many miners support Ethereum Classic. Some, including the infamous Chandler Goh, are in favor of supporting the PoW-based ETH1 fork. “Luddites the world of cryptocurrencies” is easy to understand: billions of dollars worth of equipment needs to be used somewhere after the most important update in the history of the ether.

It is possible that the revival of interest in Ethereum Classic will give impetus to the development of the ecosystem and the growth of the hashrate. The latter often correlates with price and makes cryptocurrencies more resistant to 51% attacks.

On the other hand, the likely success of PoW-based ETH1 could dampen demand for Ethereum Classic and its ecosystem products.

Be that as it may, the community is waiting for a lot of interesting events and unexpected twists.

The DeFi boom that began amid the coronavirus crisis has reached its climax at the end of 2021. Thereafter TVL...

Surrender phase: when the rise in the price of bitcoin resumes