Over the next ten years, the rise in the price of bitcoin to $ 397,000 looks quite realistic, according to the authors of the Crypto Research Report.

The Liechtenstein-based analyst team also believes that several altcoins can be expected to rise by 2025, and their rally will last for at least five years.

V June review analysts have provided a table of the estimated price changes for Bitcoin, Ethereum, Litecoin (LTC), Bitcoin Cash (BCH) and Stellar (XLM) on the horizon until 2033.

“We believe that Bitcoin is still in the early stages of the adoption curve. At the end of 2019, its capitalization was less than 0.44% of the total target market of $ 212 trillion. Provided that this figure rises to 10%, then, excluding discounting, bitcoin will cost almost $ 400,000, “the researchers write.

If this hypothesis is realized, bitcoin will grow more than 40 times from the current levels. The rise of Ethereum, Litecoin, Bitcoin Cash will be 1600%, 5000% and 5400%, respectively. According to Crypto Research, the most promising prospects are for Stellar, which is able to rise in price by more than 110 times.

The researchers’ calculations are based on the concept of the total volume of the target market (Total Addressable Market (TAM)), which is used to estimate the estimated future price of cryptocurrencies.

In this case, TAM includes: 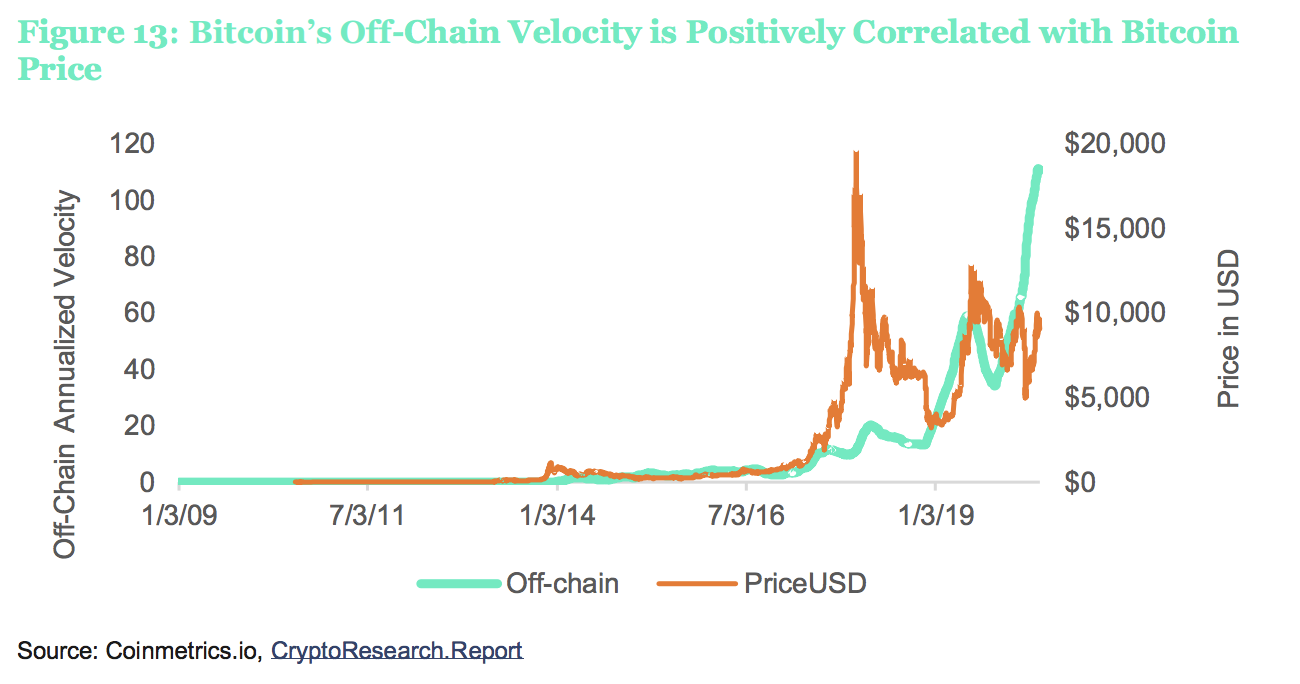 As a reminder, Mike McGlone, chief commodity strategist at Bloomberg Intelligence, predicted that bitcoin would soon jump to a resistance level around $ 13,000.

See also  Researcher: Bitcoin will no longer fall below $ 11,000 with a 90% probability