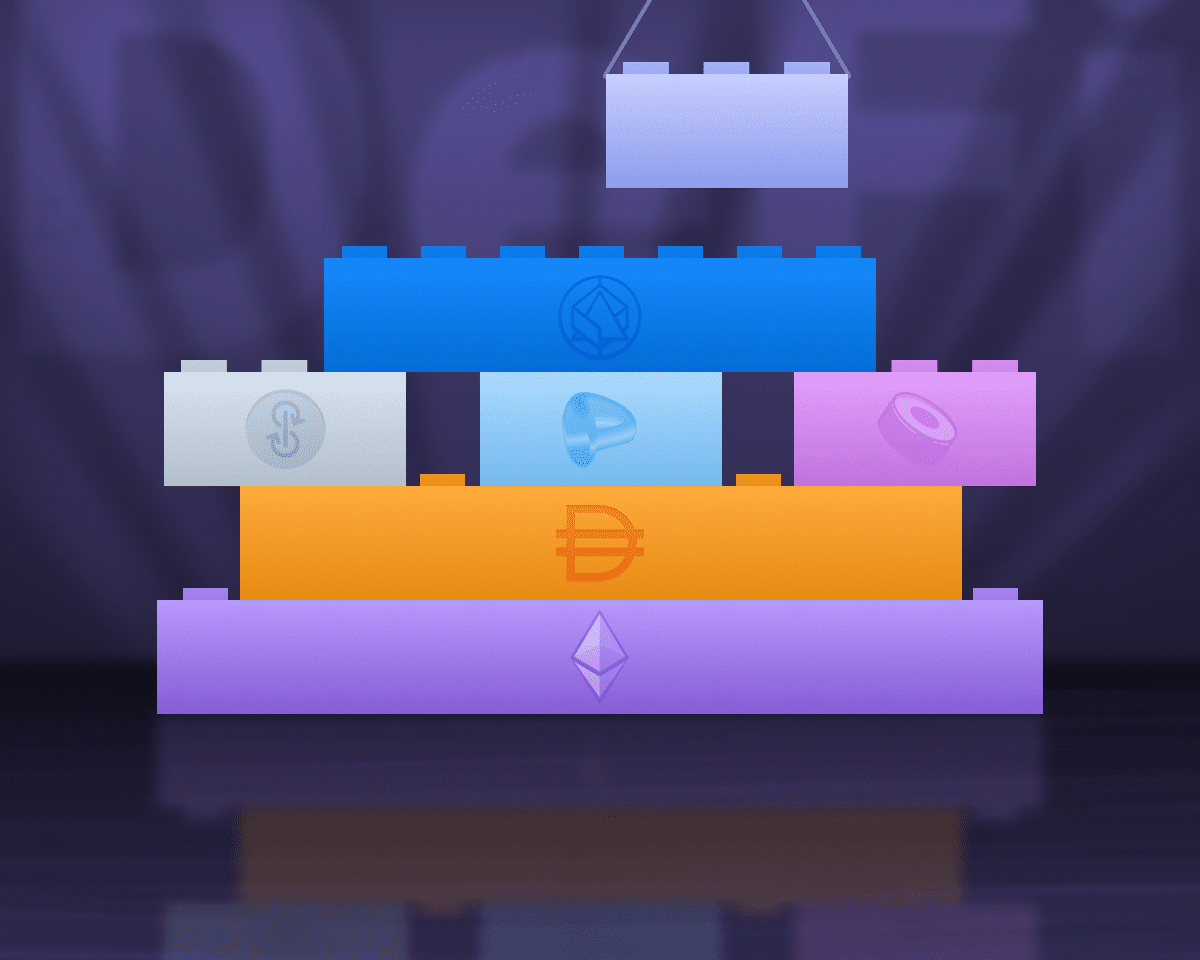 The DeFi boom that began amid the coronavirus crisis has reached its climax at the end of 2021. Thereafter TVL decentralized finance ecosystem went into decline. The drop in the indicator accelerated the collapse of Terra, which had a negative impact on the entire crypto industry.

Many market participants are pinning their hopes on the upcoming upgrade of The Merge. Thanks to him, in the medium and long term, Ethereum can become more attractive for investors. The update should also help with the scaling issue where sharding and rollups play a big role.

The market and the DeFi ecosystem in particular can be beneficially affected by the new standard of tokens – EIP-4626. It is designed to improve communication dapps and expand opportunities for income-generating farming.

Advantages and disadvantages of income farming

The DeFi segment is gradually moving towards standardization, as users want to move assets between different blockchains as simply and securely as possible.

Interoperability is facilitated by cross-chain solutions, many of which require wrapped tokens to work. The use of the latter implies additional actions and gas costs.

In addition, not all cross-chain bridges are secure. For example, recently hackers withdrew about $190 million from the Nomad protocol. Chainalysis analysts estimated the amount of funds stolen since the beginning of the year as a result of 13 attacks on cross-chain protocols at $2 billion.

Despite the significant risks, the DeFi segment continues to evolve – many users are primarily interested in the possibility of obtaining a relatively high income compared to the traditional market.

Profitable farming (or farming) opens up wide opportunities for profitable investment. Its essence is simple: market participants provide the platform with tokens, receiving a reward for this. The process is similar to a bank deposit, but there are no burdensome procedures KYC/AML and other bureaucratic hassles.

See also  “We decided to take the difficult path and make the right blockchain”: interview with CEO Velas

Due to its composability, DeFi is like a kind of “financial LEGO”. The interaction of various applications opens up a huge variety of complex profit maximization strategies that require a fairly deep understanding of the processes and the study of “pitfalls”.

To make life easier for “farmers”, yield aggregators have been created – automated farming platforms. They implement complex strategies themselves, saving time, effort and transaction fees. It only takes a few clicks from the user to interact with such platforms.

A separate category includes concentrated liquidity position optimizers like Popsicle Finance. Such platforms are designed to increase the efficiency of liquidity providers on Uniswap v3 and reduce the risk of intermittent losses.

yEarn Finance by Andre Cronje is one of the first yield aggregators in DeFi. Let’s consider the principle of the platform using the yvETH storage as an example.

Users can deposit ETH in yvETH storage and receive yETH in return. The smart contract then deposits funds into the MakerDAO landing protocol, creating DAI. The stablecoin is placed in Y Pool Curve platform, generating income in CRV tokens. The latter are converted into ETH, in order to be periodically credited to users of the yETH storage.

A huge variety of such aggregators and storages (vaults) has been created. However, before the advent of ERC-4626, there was no single standard for implementing such solutions, which led to various risks and complexities.

Yield-bearing tokens are a mess

A lot of time was spent on the development of platforms. In addition, technical differences created problems related to interoperability and scalability, exposing vulnerabilities.

“To create a single application based on DeFi yield tokens, you had to write dozens of complex, error-prone adapters that can handle each unique variation,” added representatives of the platform created by Cronje.

In early April, yEarn developers announced the completion of ERC-4626 and the beginning of the “Great Storage Standardization”.

According to them, the storage built on the basis of the new standard can interact with any ERC-4626 tokens.

4/ It’s composability at its finest

Work is underway on the repositories of the third version of yEarn. Well-known projects like Alchemix, Balancer, Rari Capital, Fei Protocol, OpenZeppelin are also actively implementing the new standard.

Perhaps one day, we’ll even see a Erc4626 tab on @etherscan

“Perhaps one day we will even see an ERC-4626 tab on Etherscan,” the developers suggested.

The yEarn developers expressed their confidence that ERC-4626 will become “the gold standard for any yield token”, and also drew a parallel with ERC-721 in the context of NFTs.

“As a result, standardized vaults will allow each yield token to interact with other similar coins quickly and seamlessly, ushering in a new era of interoperability between different protocols,” the researchers emphasized.

Huobi Research listed the benefits and new features that ERC-4626 opens up:

The DeFi segment and the crypto industry as a whole are developing rapidly. This is facilitated by venture investments, the volume of which is growing even against the backdrop of a bear market.

Many decentralized applications would benefit from a single standard like ERC-721 in the context of NFTs. This gap is intended to fill ERC-4626, which will simplify the integration of protocols and allow them to interact more widely.

Applications built on ERC-4626 can easily integrate with any other platform that implements the new standard. This expands the range of various profitability strategies, and also facilitates the work of developers.

It is possible that ERC-4626 will indeed become the “gold standard” for the new generation DeFi segment. Or, at least, an important addition to the well-known ERC-20.

Surrender phase: when the rise in the price of bitcoin resumes